I was having coffee on the Julier pass in Switserland when suddenly – it must have been the sun and the altitude – I got the idea to do a flash climb of the Piz Julier (3.380m). From below the route looked mostly clear of snow. First 600 meters were gone in less than an hour. Then I decided to take a shortcut… 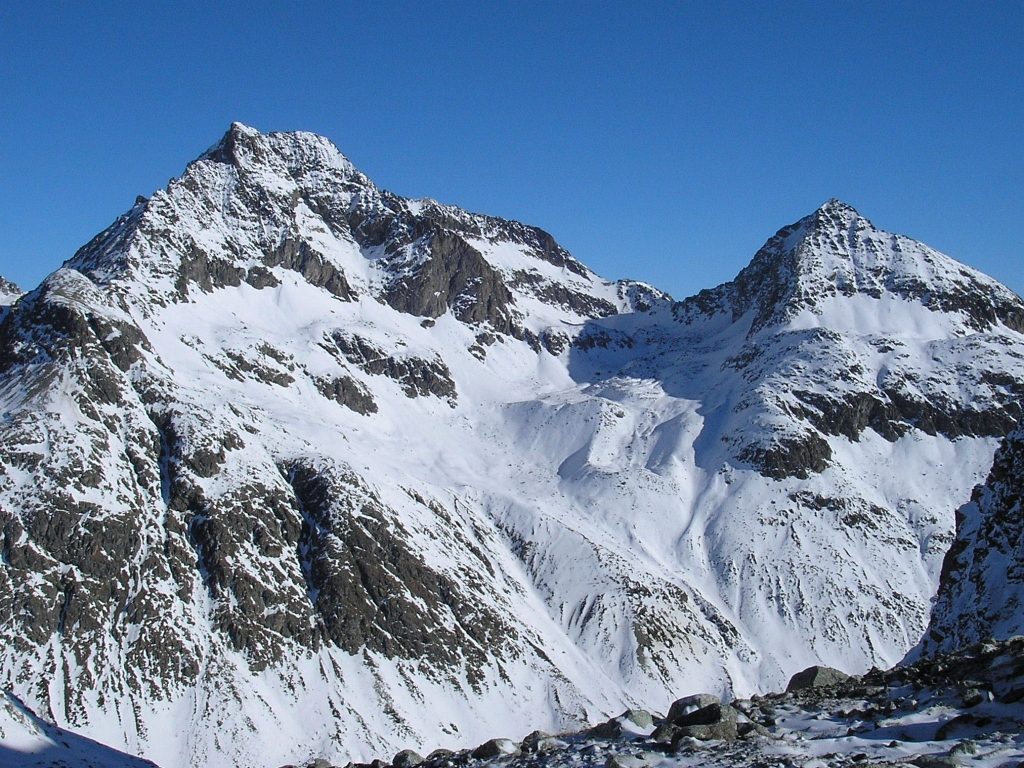 I wanted to climb up directly to the ridge trough a coulior. It looked OK from where I was standing. Turned out it was hell. Got steeper and steeper. Lesser snow, more ice, loose rocks. No holds anywhere. Then out of nowhere it started to snow. Didn’t see it coming as it was a very narrow couloir. Wanted to descend, but that was like suicide. Couldn’t get up as a huge rock blocked my way. found out I forgot to take my phone so couldn’t call for help either. 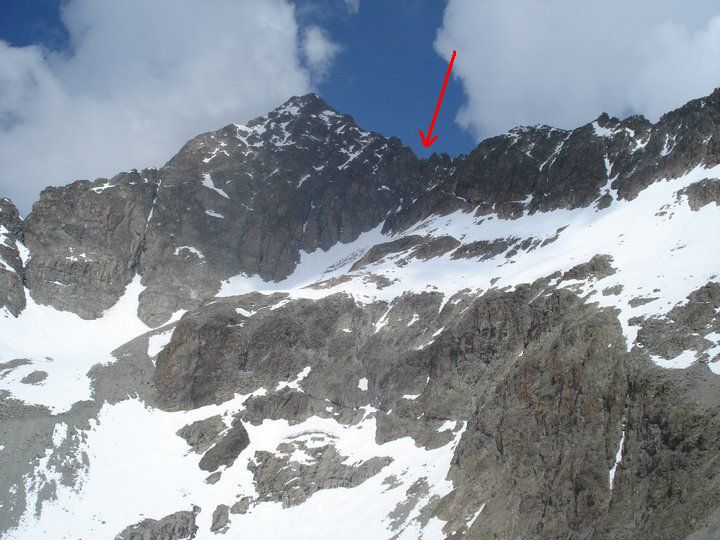 The arrow indicates the couloir I climbed

Finally I managed to climb some even steeper rocks next to the couloir on the left side, which started with a small overhang. There I found a rusty piece of iron cable. I used it to secure myself on a kind of Hinterstoisser traverse, back into the couloir. And to get around another big block. Must have taken more than 2 hours to climb that final 100 meter. 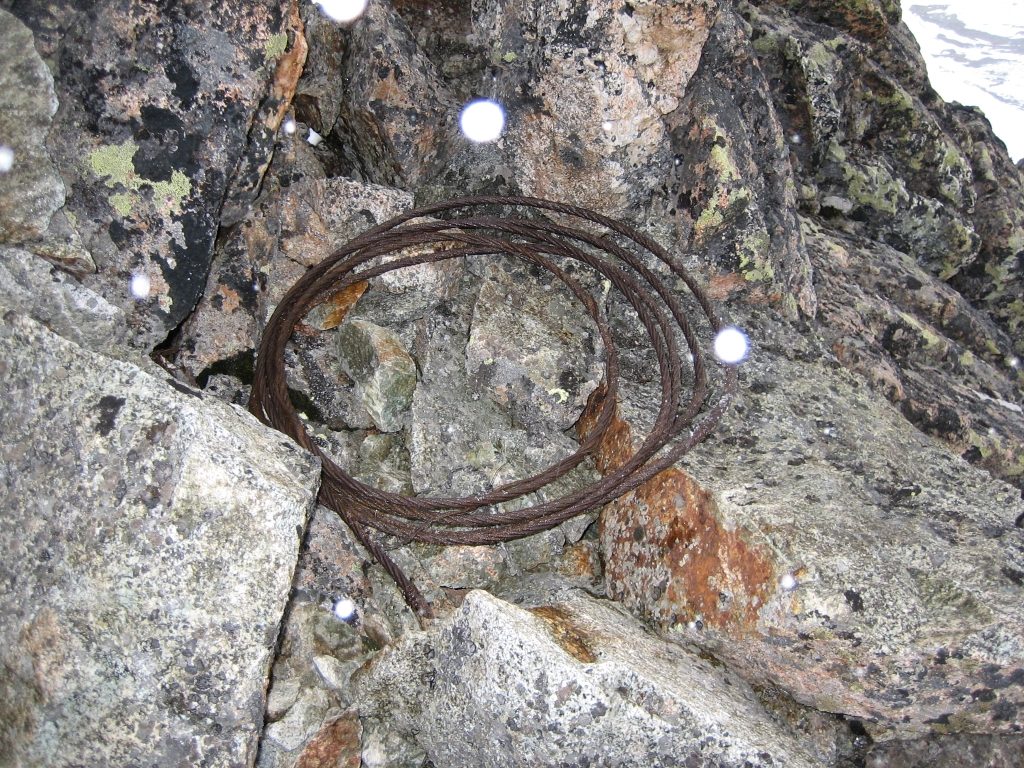 The rusty iron cable that saved my life

On the ridge I was welcomed by the snow storm. Took another 3 hours to climb down the ridge – all icy and slippery rock – and all the way back to the car. Often wading through knee or waist deep snow. Soaking wet I arrived at my car. Took a rest and changed my cloths in a small empty hut.

Me finally on the Senda ridge of Piz Julier

My fingertips felt like rats have been gnawing on them for days, funny feeling. To me this experience felt like a close encounter. Although – reading the book about Hermann Buhl – climbing in this kind of conditions was totally normal for him. Worlds apart! 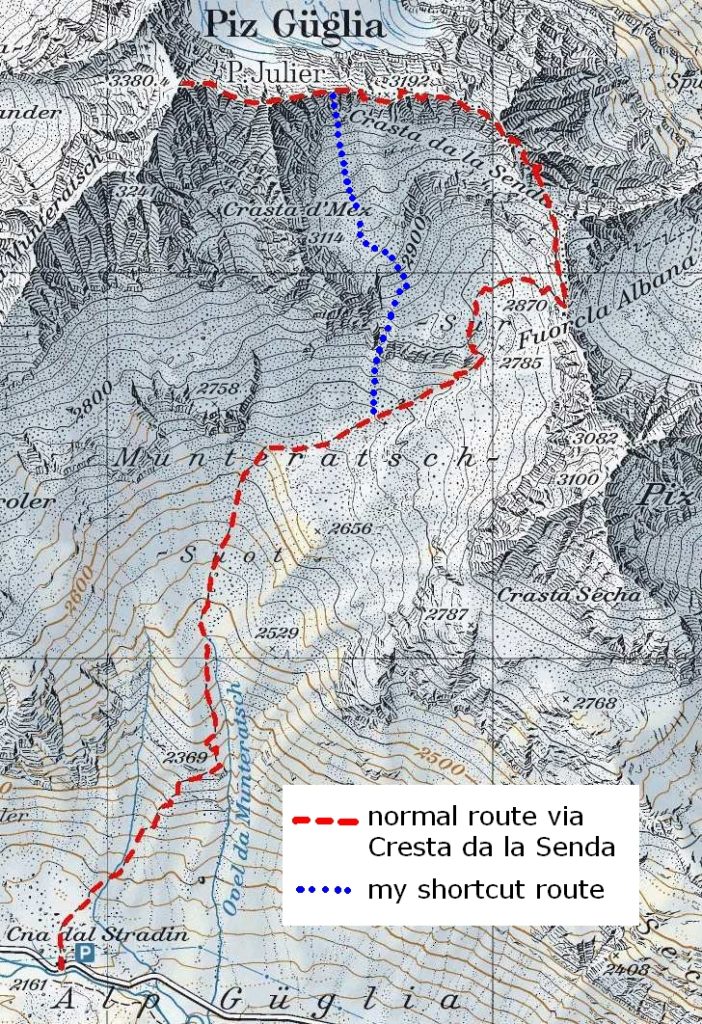 Map showing the normal route and my shortcut