Boris will start biking in The Hague in the Netherlands, reach the northernmost point of the route at the North Cape, and return to The Hague. On the way up he’ll cross Sweden and Finland. On the way back he’ll go through Norway. Detours are added to climb the 4 high points. 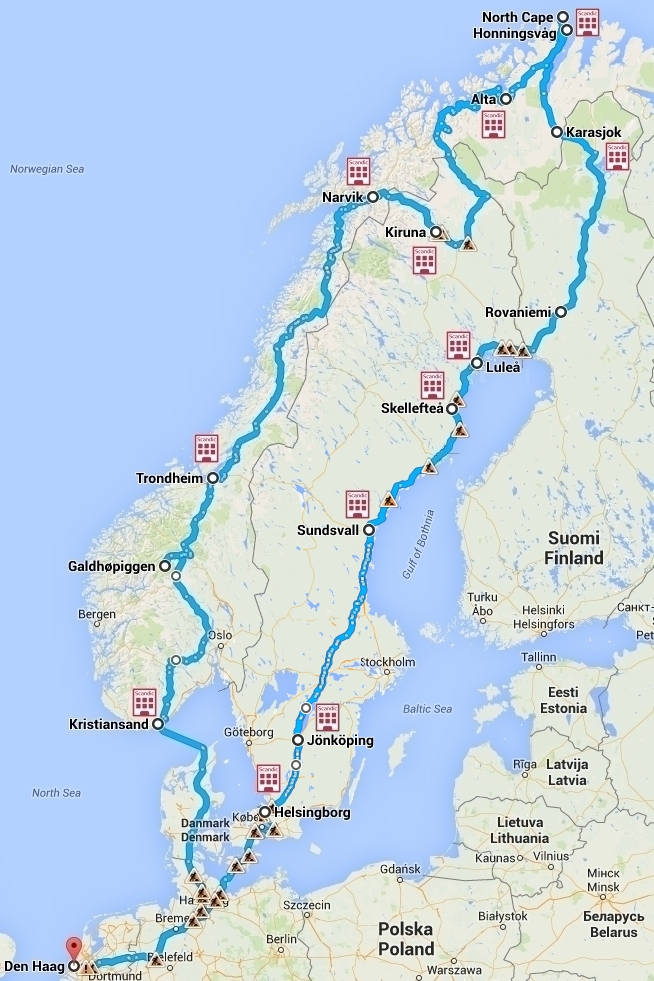 The route on Google Maps

This is the rough version of the route. The actual route is 7,268 km long.

Open the route in Google Maps »

After detailed measurements and studying huge amounts of data about temperature averages and hours of daylight it turns out the exact length of the route will be 7,268 K and it will be better to bike the route counterclockwise, so he’ll have longer days for biking the more difficult route through Norway and for climbing the high points.

The start is on January 10, 2015 in The Hague, The Netherlands (km 0). I’ll update this table whenever possible, but I need access to Wifi for that, so it won’t be up to date all the time.