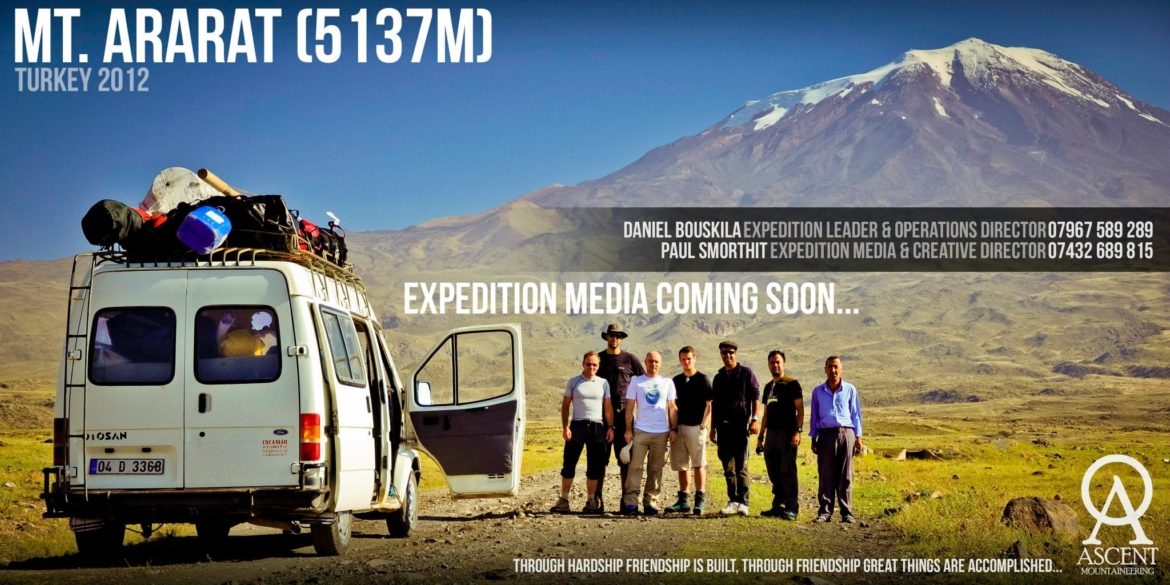 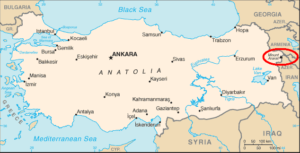 Map of Turkey with the Ararat in the red cirkle

With 5,137 meter Mount Ararat is the highest and largest mountain of Turkey and the Armenian Plateau. The Ararat is considered a sacred mountain, because – according to the Torah – the ark of Noah landed on the mountains of Ararat after the sinking of the waters of the flood. It is therefore not allowed to climb the mountain on your own. You must have a permit and hire a certified guide. 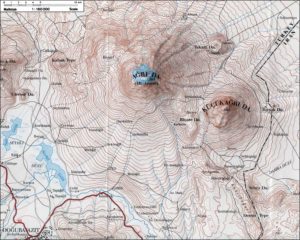 “The southern route is the only one allowed, although there are also good routes on the eastern slope. The climb is long, but from the south the route is relatively easy if you use crampons and pickels. Mountaineers usually take three days to reach the summit, while the return is usually done in one day. Camps are set up at two specific locations on the slope, which are located at altitudes of 3,200 meters and 4,200 meters. Mules carry the food from the starting point – a deserted village named Elikoyu – to the first camp. A large part of the route runs over a ridge. This avoids the Ulcer glacier that slides through the gorges in depth. The rocky path is clearly marked. Above 5,000 meters are the permanent ice fields, where good climbing equipment (crampons, pickles and ropes) are indispensable. Through a long ridge you reach the top, which is little more than a rounded hill that is marked by cairns.” (source: Wikipedia)