The Ancohuma is 6,427 high, making it the highest mountain in the Illampu group and the second highest in the Cordillera Real. The Ancohuma is situated in the area north west of La Paz. The fist ascent was done by a German expedition in 1915.

The Ancohuma shares its base camp with the Illampu. Our route is a straightforward one, just 650 meters up a 60 degree steep ice wall. 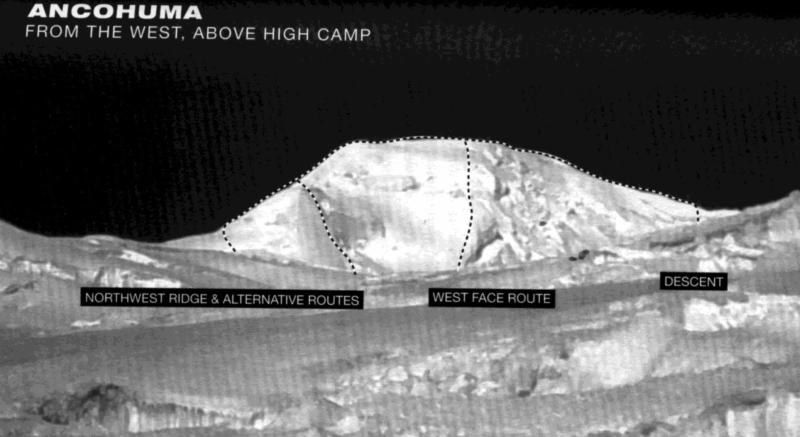