We want to follow one of the routes on the South face. Which route it will be will be decided later. It also depends on the condition of the large seracs that are a threat on most parts of the face. 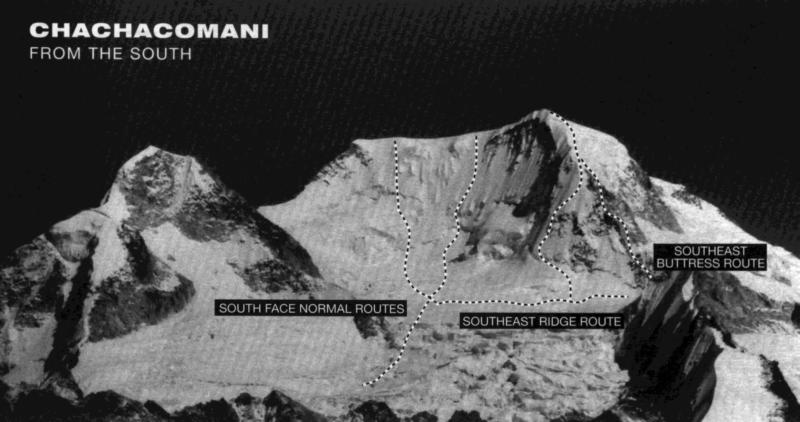