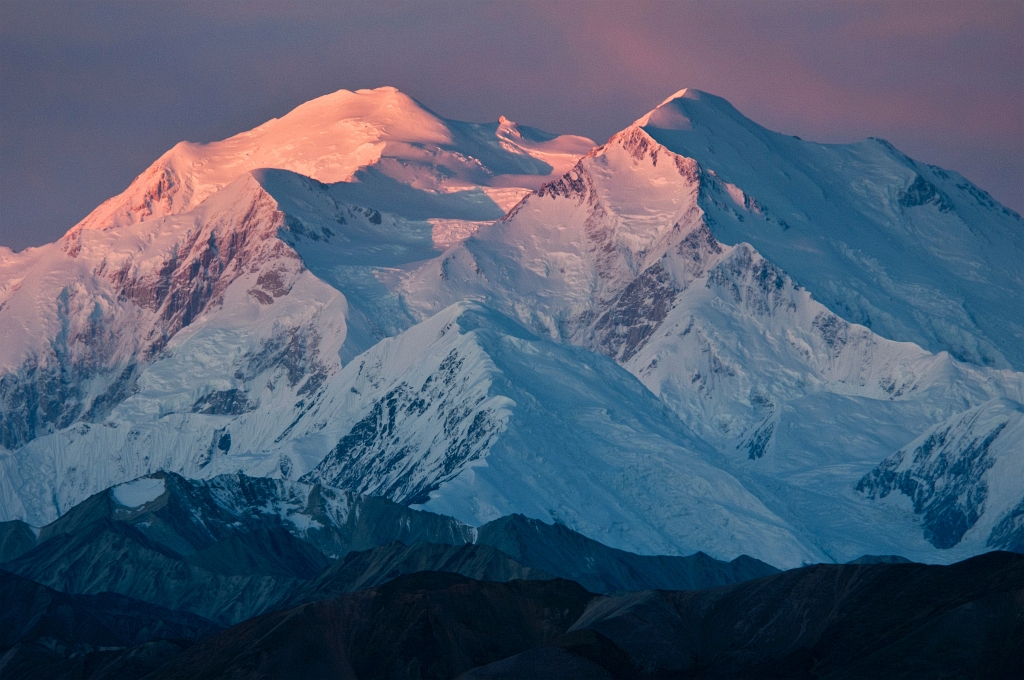 Denali (or Mount McKinley) is the highest peak in North America. It is a huge snowy mass, flanked by five giant glaciers and countless icefalls. It dominates the horizon from as far south as Cook Inlet, 200 miles away, and as far north as Fairbanks, 150 miles away.

The mountain is increasingly known by its native name, Denali, which means The Great One in the Athabaskan language.

Denali is not an especially difficult climb technically, but the weather is more severe here than anywhere else in the world, and many lives have been lost attempting the ascent. The number of attempts on the summit have increased dramatically in recent years, and a greater percentage of these are ending in failure.