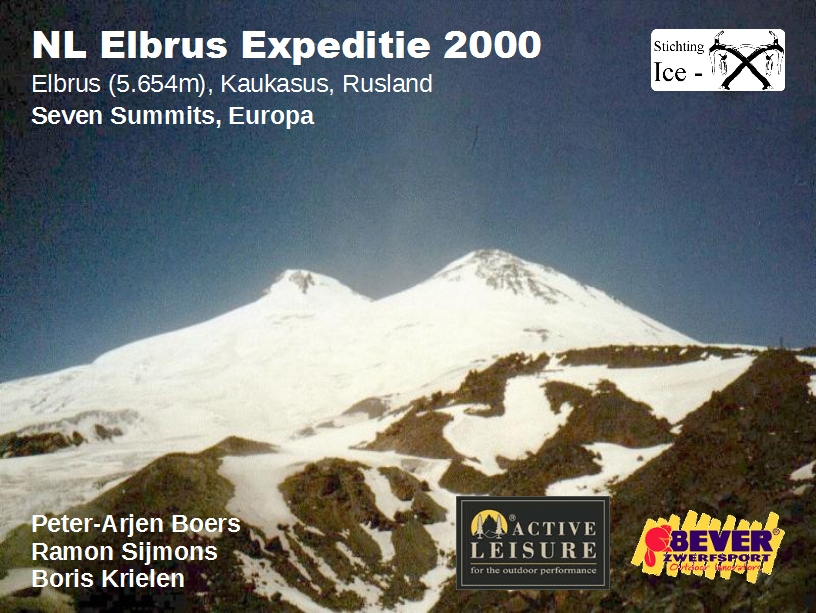 July 2000 Peter-Arjen, Boris and Ramon left for Elbrus, Russia. The Dutch Elbrus Expedition started more chaotic then planned, because Peter-Arjen stepped with his foot in a needle the evening before departure. The needle needed to be removed surgical and the foot stitched.

At Schiphol airport it appeared we could only take 5 kg handluggage instead of the 10 kg told formerly. After some diplomatic conversation we could take everything without being charged. Interested in the rest of the story in Russia? You will find it in the travelstory (in Dutch only).