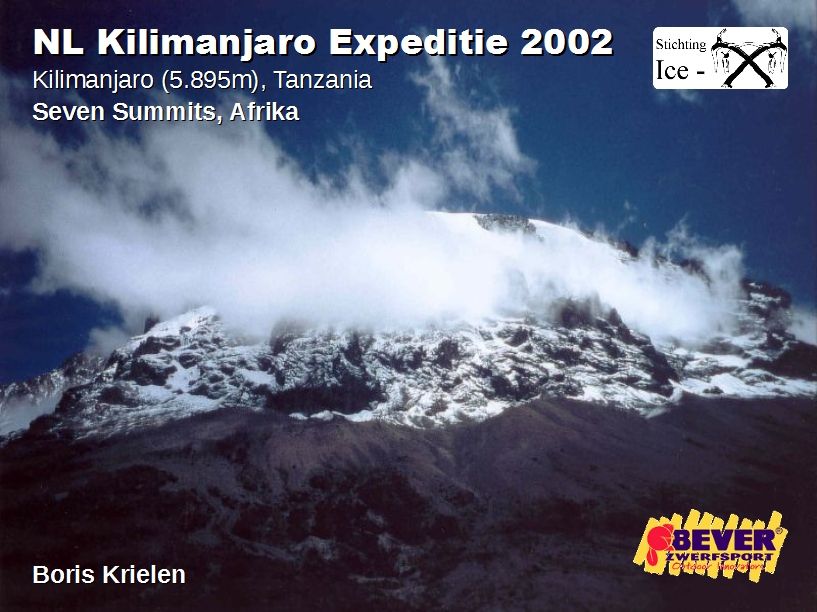 Kilimanjaro 2002, a succesfull expedition by Ice-X

Boris climbed two mountains of the Seven Summits in 2002. After Aconcagua in March/April it was Kilimanjaro end of November. He did the Lemosho Glades route (Shira-Machame). 29 of November he reached the summit.

Kilimanjaro is the highest mountain in Africa, located in Northeast Tanzania, near the Kenya border. Kilimanjaro is a dormant volcano, and is one of the most massive in the world. It towers 15,000 feet above the surrounding arid plains, and 2.5 square miles of its surface are over 18,500 feet. Beneath its ice dome, snow extends down long gullies that have been eroded in the mountain sides.