Boris Krielen (23) from Holland plans to go bicycling to the Southpole as the first person on the planet. Right now, he is testing his equipment in the harsh Norwegian winter-roads. During the New Years-weekend he was passing through Narvik and heading for The North Cape. 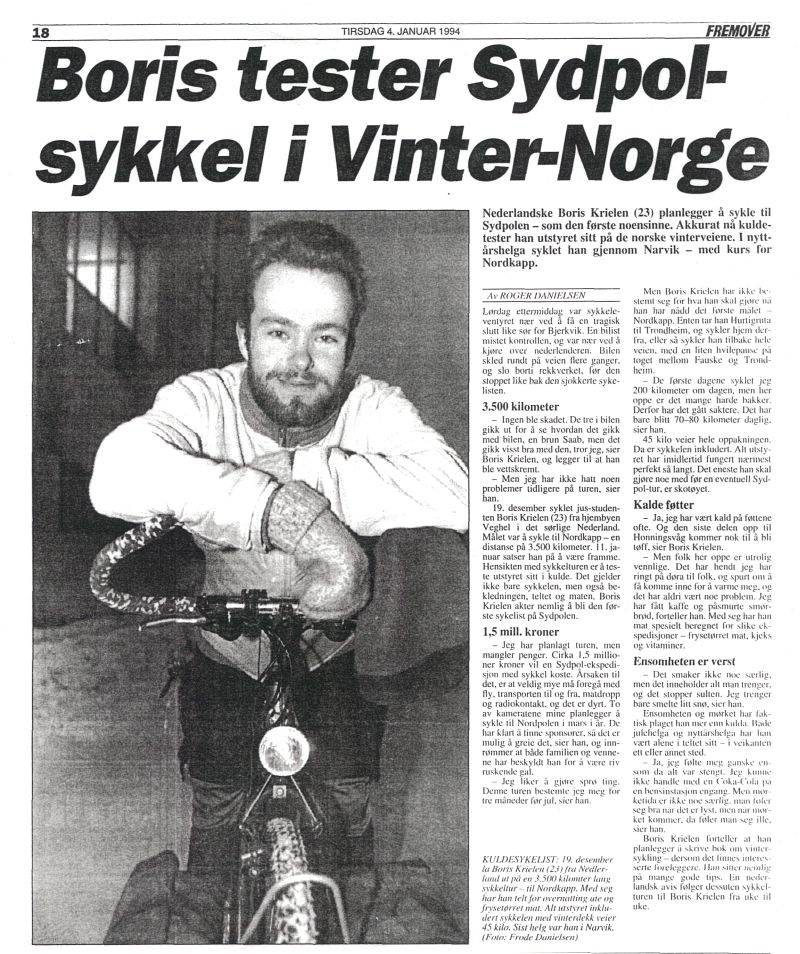