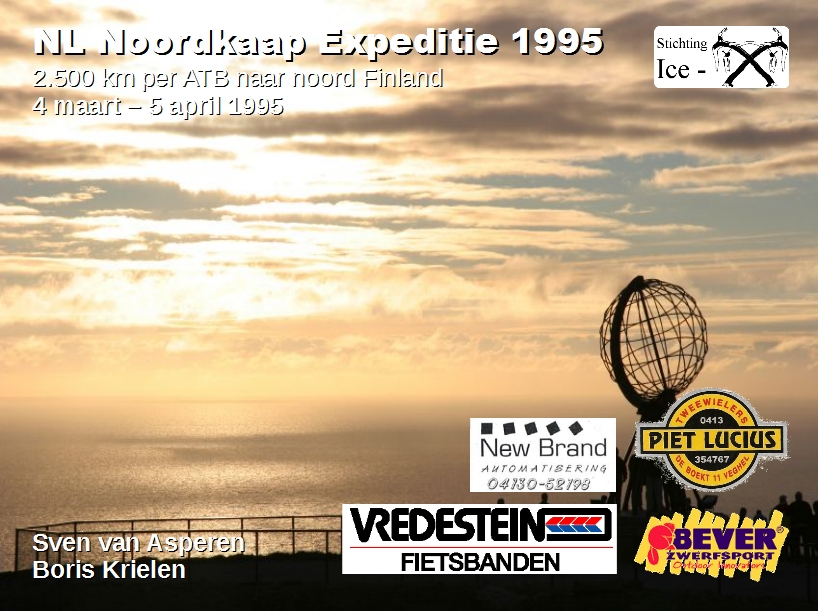 Our goal was a 3,200 km unsupported bike ride from the Netherlands to the North Cape. Equipment failure and physical problems thwarted our plans.

Short stories about this expedition

We started on the market square in Veghel, crossed the border to Germany at  Oldenzaal, went via Bremen and Hamburg to Denmark. Over bridges and by ferry across the Danish isles to Helsingborg in Sweden. Along the large lake Vättern through the south of Sweden to the coast of the Gulf of Bothnia at Söderhamn. From there the route follows the coast to Örnskjöldvik (km 1,800, exit Sven) and crosses the border to Finland at Tornio (km 2,500, exit Boris). Through northern Finlands inland it goes straight up north. At Karasjok it reaches the border of Norway and continues to Honningsvag, Skarsvag and the North Cape (km 3,200).

Extreme performances require the best of knowledge, equipment and preparation. We can count on the support of…